Almost without warning, Advent is upon us.  It’s a cherished personal tradition, one that pulls my heart close into quiet preparation for this Christmastide. I relish the daily rhythm of rising a bit too early, hands cupped around a mug of steaming liquid, and moving deep into extravagant grace.

This year I splurged and ordered that Advent guide which I’ve been eyeing for the past two years, the one from She Reads Truth with the perfectly gorgeous lettering and ultra-hipster photos.  I was salivating just perusing my receipt. Upon arriving home from our Thanksgiving travels, I couldn’t wait to rip the envelope and dive in.

The first morning of the week my hands caressed the soft-touch laminate cover embossed with a simple declaration of the Season: Born is the King. Delight spread to my toes. Flipping to the first reading, I was caught.

It was one of those gotcha statements, the kind nestled throughout the pages of Scripture which I love to unearth, tantalizing me with the depths of Gospel mystery.  So I paused.  And pushed deeper.

The trespass... well, that’s awfully easy to wrap my small mind around.  Because, frankly, I’m in it every day, my well-worn campground.  When I’m stubbornly insistent on my plans my way.  When I’m shivering with debilitating fear.  When my faith has been capsized by the breakers of circumstances.  When anger, doubt and envy prevent me from striding victoriously forward. Yep, I’m all too chummy with the trespass.

But Paul carefully explains in the book of Romans that the gift, that thing with which we previously had no familiarity, is nothing like the trespass, that thing with which we seem to be so intimately acquainted. Nothing like it.  Not at all, in any way.  It’s so unlike the trespass that the two can’t be tied together by any imaginable cord except for that scarlet thread of grace.

So, the gift.  It’s the plan conceived in the Daddy-heart of God, the one that would allow Him to chase down His kids with a love so immeasurable, so relentless, that we would be caught in the thickness of it, sweeter than any Christmas candy, more extravagantly packaged than a priceless diamond from Tiffany’s.

The gift’s been God’s intention since before the foundation of the world.  But what makes His offering of such outstanding worth is not that true fact that we’ve been rescued, redeemed and justified.  Salvation’s intrinsic value comes from its Giver.

In this season of frenetic gift-getting and grabbing, I so often gloss right past the Giver.  Sure, I’m making all the preparations to be a benefactor myself.  Sometimes it’s a sheer delight.  Other times, it can joy-sap me right past any sane perspective.   So when I bumped up against this stark reminder of the Giver right here at the launch of Advent, I grabbed ahold with both hands.

He’s always been lavish.  Generosity flows from Him like liquid love, a giving that can’t be quenched because it’s the very tapestry of His being.  He IS generosity in all of its wealthy beauty, and He overwhelms us with His gifts.  From the first warm breath in our lungs to the crowning glory of redemption, He just can’t stem the flow of His heart to His beloved ones.

And when He says, “Seek Me,” what He’s really saying is, “Come and know My heart, that heart that throbs unfailing for you.  That heart which has stored up such lavish affection for you, my beloved, that the universe can not contain it.  All creation sings of it, my undying affection for you.  Come in wholehearted and know Me.  Unwrap my gifts and taste and see that I am good.“

But if I can shift my gaze past the lure of the gifts, all shimmering in right radiance, I can be captured deeper still in the gaze in the Giver.  And it’s there that my soul no longer hunkers down in determined, bone-cold survival.  In His sight, I’m stripped of the gaudy, homemade packaging with which I’ve concealed myself, and I stretch into the luxury of being fully known, fully treasured.  The apple of His eye.  Engraved upon the palm of His hand.

And there is where I realize.

I’m the gift to His heart, His choicest prize.  So when He planned His gifts before this aching world was ever burdened with its weighted load of sin, He had His eye on the joy.  And He went and made Himself a way to be both Giver and Receiver, welcoming us right back into His Father arms. Because in truth it’s always been all about Him and for Him and to Him.  He’s just that good. 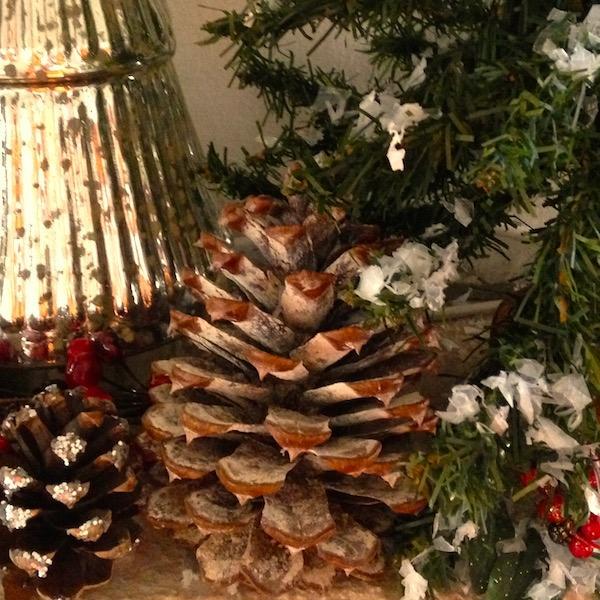 In the end, the gift of God canceled the trespass.  Blew it right out of the water.  Shook the foundations of the earth and ripped apart all the shame with which we had wrapped ourselves so that we could be revealed for who we really are in Christ: His treasures.

That chilly morning I slid deeper under winter’s pile of blankets, grabbing tight to the Giver Himself.  Praising Him for His gifts.  Rejoicing that the trespass has been canceled.

And astounded that we are the gift for the King.