One of the buzz words of my spiritual circle is community.

Over the past couple of years, there has been a renewed emphasis on the inestimable value of living together in true Godly community: loving, serving, exhorting, laying down our lives for one another. “Doing life together” is a phrase which has been taken up by many of us as we have pressed in to walk this thing called the abundant Christian life. It’s been counter-cultural, deeply good. The Spirit of God moves in our living and the Body is strengthened. It’s the desperately needed remedy for our often crippling American spirit of independence, the panacea for the isolation we’ve embraced in this post-modern Western culture. It’s also the command of Jesus: “By this all men shall know that you are my disciples, if you have love for one another (Jn. 13:35).” Our love for one another calls as loudly as a high-wattage speaker to those who don’t know the God of the universe, demonstrating His love through us.

However, there is, as there always is, a loss that comes when the pendulum swings a bit too far. In our eagerness for community, we can lose our grip on one of the fundamentals of faith.

I recently had a conversation with a friend in which she carefully expressed disappointment over the lack of outreach to her family during a time of need. Circumstances had been tough, and no one had brought her a meal or come by to help. Disappointment colored her voice, and the hurt in her eyes shone deep. Community had let her down. In fact, it had been letting her down for some time, and her heart was trying to reconcile the biblical ideal with the reality of busy lives and unending to-do lists.

I mulled it over as I moved through my day. Something was missing, something crucial. In our right emphasis on communing together, we can lose the ability to strengthen ourselves in the Lord. To hold fast when everything around us crumbles. To walk through the place of loneliness and isolation without our trust being shaken, doubting God’s goodness, or losing faith.

The whole history of God’s dealings with man overflows with examples of the Father calling his saints into seasons of isolation with Him. Prophets and priests alike have been led by the Lord into the wilderness, coming face-to-face with the living God. Joseph, unjustly imprisoned, was shut away for years before receiving his promotion to overseer of Egypt. Moses and Elijah were trained for their destinies by solitary seasons in the desert. 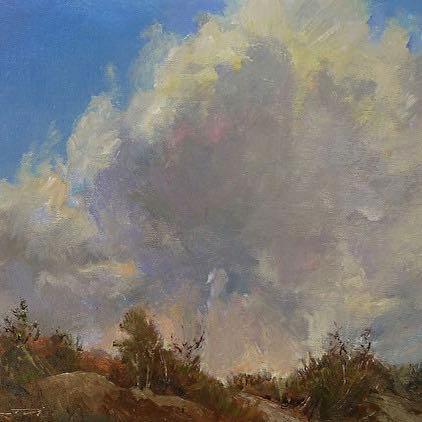 David received his preparation for kingship as a shepherd alone in the fields, and again in the wilderness as he fled for his life. Jeremiah was lowered into a pit, left alone to dwell in the mire. Jesus, tested in the wilderness, was challenged by the Spirit to stand unwavering on the Word before he was released into ministry. Wycliff, Luther, Bunyan, Nee and countless others have stood alone in the face of the opposition of nations. Missionaries and martyrs, Christians throughout the ages, have served in isolation, suffered sickness and imprisonment, and offered their lives as a sacrifice for the faith.

These men and women have stood. They have walked through the season of testing, training, and trial, and they have remained firm, unshaken. It has been God’s sovereign purpose in their lives to lead them into places of isolation. To remove the props of fellowship and encouragement, to bring them face-to-face with the glory of His all-consuming presence. To allow them to wonder if the Father had abandoned them as they moved deeper into the wilderness. To strip them, for a time, of all human support so that they might learn to rely wholly upon their unfailing God. This was the Father’s goodness poured out over their lives. It was His kindness and His love on display in the hardship. For through the solitary journey, they were crafted into men and women of destiny: those who would be very strong and courageous; those who would change the world, turning it upside-down with their passion and zeal for Christ. They became unafraid to walk through blazing fire and flooding waters, supremely confident in their God.

I love the Lord’s commendation of David in I Samuel 30:6. Everything was crumbling around this mighty man’s head: he and his men had returned victorious from intense battle to discover that in their absence, raiders had swiped all of their possessions along with their wives and children. Despair overwhelmed them. His men were crying mutiny. Those who had previously pledged their lives to follow him were now palming a rough stone to hurl in his direction. Verse six describes David’s condition as “greatly distressed”. And yet, this same verse offers us a gem of insight, the plank of faith on which David infallibly stood. “BUT, David strengthened (encouraged) himself in the Lord his God.” He strengthened himself. He encouraged himself in the Lord. No one else rose up to encourage him. No one else came alongside to strengthen him. In fact, he was surrounded by a multitude who wanted nothing more than to crush his life, decimating his destiny. Yet he stood in opposition to his own distress, in opposition to utter weariness. He recounted God’s faithfulness. He reminded himself of God’s mighty power. He focused on the lovingkindness and goodness of His God. And he was strengthened.

As I pen a note of encouragement to my sister who is walking in a wilderness season, my heart grabs hold of the faithfulness of a Father who teaches us to stand and to encourage ourselves in the deep well of His goodness. And the pendulum swings center.