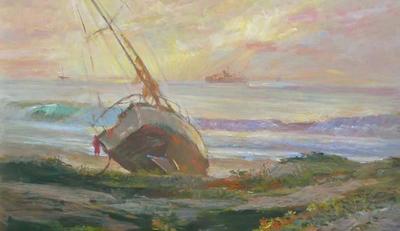 Not depressed, mind you. Not worried or overwhelmed.

It’s a place I’ve been learning to embrace for the past seven years, one which feels disagreeable and, quite honestly, repulsive to my natural self. Today I have never felt lower.

God has been speaking to me about my circumstances, the ones which He himself has ordered. He’s been illuminating my spiritual eyes to the truth which He is longing for me to grasp: how He equates low with beautiful.

It’s a formidable lesson, one which I have no desire to master. However, I’ve chosen to press into this place, to embrace it.

This morning as I was reminding the Lord of the pain which low brings, He brought fresh revelation to a favorite passage of Scripture. It’s an excerpt from the group of verses which define our family vision, very familiar words. Today, however, they had revived impact on my heart.

“Have this mind among yourselves, which is your in Christ Jesus, who, though he was in the form of God, did not count equality with God a thing to be grasped, but made himself nothing, taking the form of a servant, being born in the likeness of men. And being found in human form, he humbled himself by becoming obedient to the point of death, even death on a cross.”

Christ made himself nothing, of no reputation.

And yet, that’s exactly what the Father has requested of me. To follow in the footsteps of my Lord. To humble myself, to allow complete transformation. To choose servanthood as my identity. Not to be concerned with the perception of others. Genuine vulnerability. This is the mind which Christ embraced, the one which Paul exhorts us to also possess. 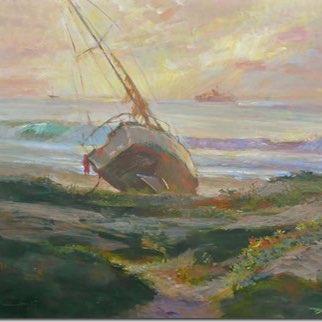 In a flash I found myself, really for the first time, apprehending a faint glimmer of understanding. Most folks can only see the outward circumstances of my life. Even those who might fall on my list of kin can, for the most part, observe only the externals. The stripping journey, it speaks loudly. It leaves room for judgment, self-righteousness, pride and condemnation, for misunderstanding and hurt. And for those who are on the outer circle of my acquaintance, it simply leaves a great deal of unanswered questions.

Christ knew who He was in the eyes of his Father. He was confident in His position as beloved Son. He was King of the universe, King of glory. But the Father, in His infinite wisdom, kindness and compassion, allowed His Beloved to lay aside all splendor: to be seen by those around him, both Jews and Romans, as a failure, a blasphemer. A law-breaker, a pretender, a nobody. From the wrong side of the tracks. No wealth, no position. Illegitimate.

The pain, at times, must have been acute. And in the wake of my matchless Forerunner, I can choose low with profound joy, knowing that my King and Elder Brother has run this race before me.

But low is not the final destination.

“Therefore, God has highly exalted him and bestowed on him the name which is above every name, that at the name of Jesus every knee should bow, in heaven and on earth and under the earth, and every tongue confess that Jesus Christ is Lord, to the glory of God the Father.” (Philippians 2:9-11)

What lay ahead of my Lord was joy unspeakable and full of glory. The prize was inestimable. Not only was He highly exalted to His rightful place, but He also became the pioneer of faith for millions of souls who would be delivered out of darkness into the kingdom of light.

This place of low, it’s a shimmering place of glory.

It is working in me the character of my Lord, the preeminent prize, causing grace to pierce my soul to fathomless depths. It reveals to me the nature of my God, catapulting me into passionate adoration of Him. It frees me from the trappings of this world, spurring me to dance in unfettered liberty.

To be low is to be beautiful.

And as I rise to greet the day, I push into low. It’s right where I need to be.