We hop on the trolley, faces bright with sunshine and sea vistas. She’s twenty-two today, my second born. Does that make me old or only her a bit older? It doesn’t matter; we’re celebrating. I watch closely as she glances carefree at the passing shops vibrant with color. She’s lovely.

I’m reminded of that day over two decades ago when, with a cry of triumph, I brought her into this shock of a world and crooned lullabies over her downy head. Quickly afterwards came the toddled baby steps with delicious kisses showered from rosebud lips and tight squeezes from arms perfectly rolled with baby chub. And then there was the day (no, it was far more than one) that I just wanted to give it all up and walk away because I couldn’t possibly deal with another tantrum. Not one more. But, GRACE. So I stayed.

Years of school days paraded by, fraught with challenges and change, chock-full of the sweetest memories and toughest conflicts: times of pushing through and pushing on. Innumerable moments of reading together on that green couch, living tales of determined heroines and purposeful, undaunted heroes. Sharing hearts and cherished dreams. So many tea parties.

Each glowing moment flashes as I gaze at the young woman across from me. And I’m in utter amazement that we’ve arrived at twenty-two. Not because we shouldn’t have. But because we did, after all. In spite of me and in spite of the gaping holes, we’re coated in grace and we’re here. She’s here: this beautiful woman who radiates Jesus and His love and has a heart of compassion for others that just doesn’t quit, with an earnest longing for His Kingdom come.

But as we stroll the byways of a bustling town reveling in summer, one thought resounds.

I’m proud that this girl who has lately embraced an even deeper measure of womanhood decided almost a decade ago to guard her heart. She decided to wait for the one who was coming, that man who would some day determine that it was her he couldn’t live without, that she was the one who was designed to fit him completely. Yeah, we really didn’t know what we were doing and we had all these ideals filling our heads and hearts. We read the books and listened to the messages and watched other families who were a handful of steps ahead of us. And eventually, when the time was most right, we sat her down and asked: will you pray about this? Can you read these books and can we can talk about it all? How is the Lord speaking to your heart?

She did. And she came to a self-determined conclusion to wait for the Lord’s gift of romance in His timing. She wasn’t going to search or hunt, trying on different relationships to see if they fit. She decided that she wanted to hold out. Not because not waiting was wrong, but because she longed for more than what was good; she desired what was best.

Then came the tough years, when so many friends were pairing off for the first time, puppy love sweeping like an epidemic. Her heart yearned to be noticed. And to be wanted. But she waited.

That season melted into the next. The pairing off was more serious now. Guys started asking the question and girls were saying yes. She was a bridesmaid. Again. And again. And at one point she declared that she was done dancing at weddings alone. It was just too hard. But she waited. She trusted.

I’m staring at those eyes that have a tendency to sparkle with mischief and I’m struck with it all again. The willingness to trust. I’m undone by the fact that in the midst of times of loneliness, through moments of heartache and tears, she’s trusting. The fact is, she’s still so very young. But she’s holding on to the Lover of her soul, believing in His perfect, beautiful timing. And it’s that very faith, that determined trust, which gives her a maturity that shines far beyond twenty-two. Because she’s chosen to say yes to Him even when her heart aches to say no. 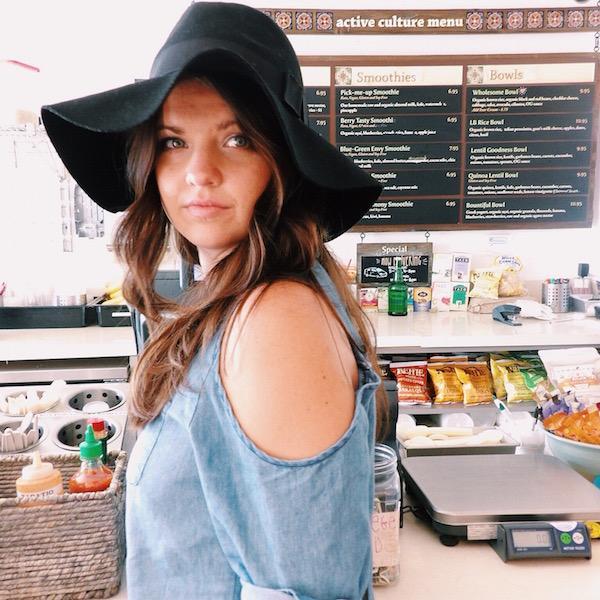 We step into a local yogurt joint and buy ourselves a bowl overflowing with berries and bananas. Carrying it to the front porch, we watch the world go by. I glance at her again, the truth hitting me of how often she’s carried that sense in her heart: I’m watching the world go by. But in that moment I realize that it’s she who has had the opportunity to fully embrace the beauty of the parade moving right in front of her. She’s gleaned so much. And in her willingness to embrace steadfastness, that steadfastness has had its full effect. She’s growing every day more like the Lord whom she so wholeheartedly serves. She’s wise far beyond her years.

And she’s just so beautiful.